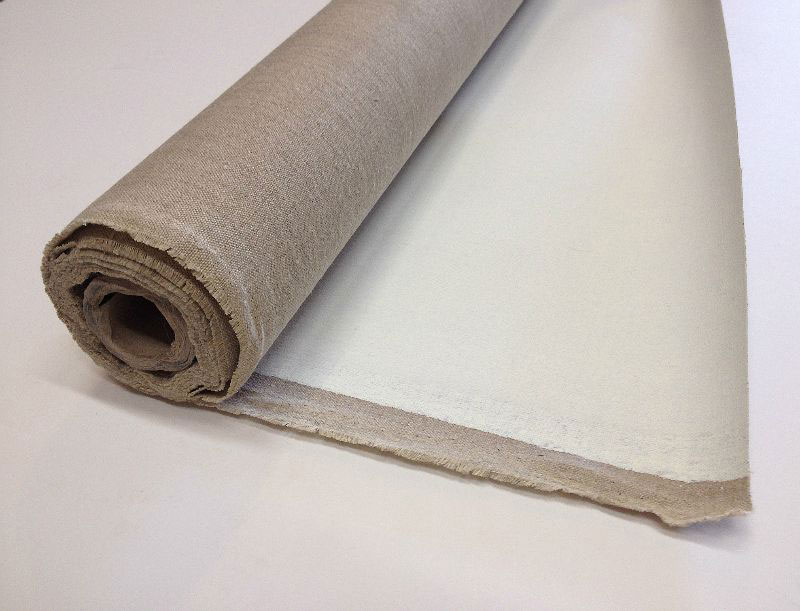 I regularly have visitors to my gallery ask why I favor linen canvas over cotton. I’ve been painting on linen with oils for the past several years, but I used cotton exclusively in the early days.

Painting along merrily, I began to notice that many artists I admired were not painting on cotton, but linen. Thinking I’d discovered the secret to better paintings, I bought a linen panel and gave it a try. To my dismay I remember thinking, “What’s the big deal?”

I think it was just too early in my development for me to notice the difference. There are more important things than surface quality to think about during the painting process, right? Subject matter. Design. Drawing accuracy. Value. Color mixing. Which brush should I be using? What color is that shadow? Did anyone just see me spill my mineral spirits all over the floor? Etc. Etc. Etc.

Eventually, after repeating the process on a few hundred more unsuspecting cotton canvases, I got a bit more comfortable with my painting technique and a bit less likely to create a colorful, rectangular frisbee. And I tried linen again.

This time I found that the surface seemed to be sealed better. The paint didn’t soak in as much. I could wipe paint away to an almost white canvas underneath. Plus, the linen had a more unique texture to it. There were imperfections that could be left to show through for extra character. Tighter and looser weaves were available for more or less texture. And it even cost more!

Through some further research I learned that linen canvas (made from flax) is usually primed with an oil-based primer. Cotton canvas (made from, well, cotton) is often primed with acrylic-based gesso. As an oil painter, I decided that it makes sense to paint on an oil-primed surface for better bonding between primer and paint. Plus, I liked how the surface enabled me to better control the paint application.

So I became a linen snob. I most often buy large rolls of double-primed Claessens #15. In the past I stretched it onto stretcher bars of varying sizes. Now I prefer to glue it down on panels. (Click here to read why. And click this next link if you would like to learn how to make your own linen panels.)

Give oil-primed linen a try sometime if you haven’t already. Or if you decide to stick with cotton for awhile, do yourself a favor and keep your distance from the cheap, off-brand canvas panels that are mounted on cardboard. Craft stores sometimes carry some awful ones that will absorb almost as much paint as you throw at them. If you’ve already got a stack of those, brush on a coat of oil primer from an art supply store.

Is anyone else out there a linen snob?

Thanks to @ohbejoyfulgallery for finding a home fo

Little 6”x8” from the other day with the oblig