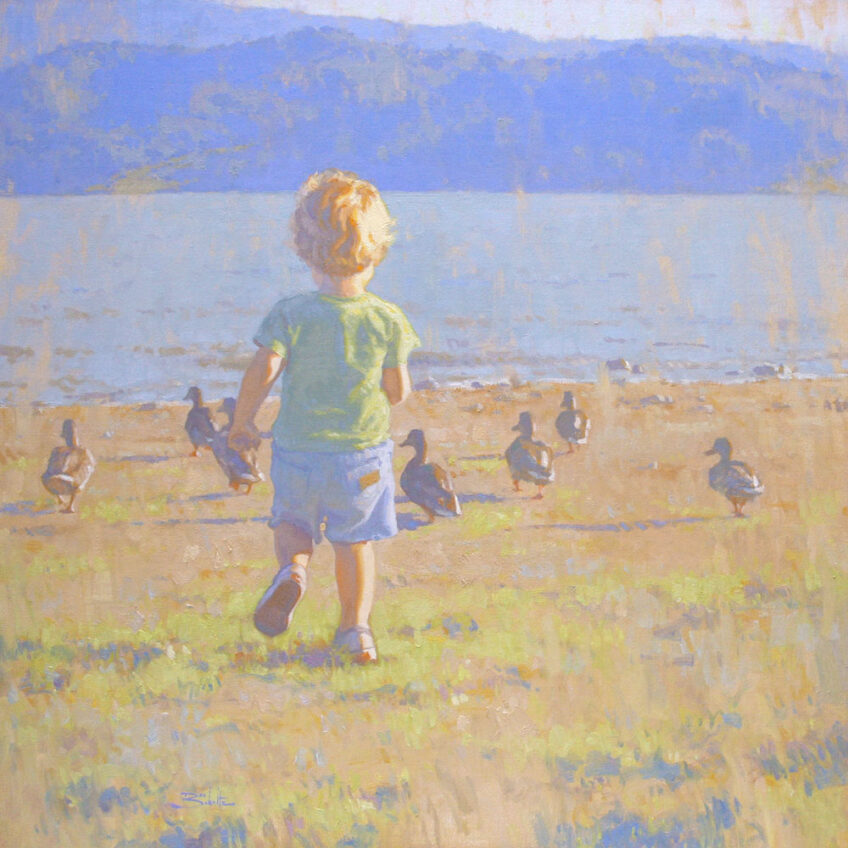 The 23rd Annual Oil Painters of America National Juried Exhibition opened June 7 in Bennington, Vermont. Bennington Center for the Arts hosted this year’s show which included a few days of festivities followed by the awards ceremony. Although I didn’t attend the show since the birth of our new baby took precedence, I was pleased to learn that my painting The Chase (24×24 inches, oil on linen panel, pictured above) was awarded the Presidents’ Award of Excellence. It’s a $1,000 cash award funded by the past presidents of the OPA. I am honored to be awarded among so many highly-regarded painters, many of whom I have admired for quite some time. Thank you to award judge Charles Movalli and to the Oil Painters of America! The exhibition remains on display through July 27, 2014.

Thanks to @ohbejoyfulgallery for finding a home fo

Little 6”x8” from the other day with the oblig